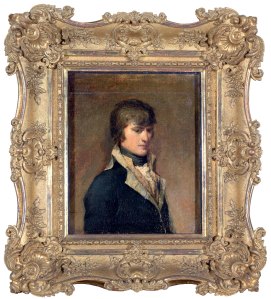 As you will have gathered from earlier blogs this month 2014 is a year of anniversaries and this exhibition marks another for in the summer of 1814 Europe celebrated the peace that followed the fall of Napoleon. The Place Vendome
Henry Parke image under guidence of Soane

Drawn from museums and private collections is a display of over a hundred pieces, including ceramics, paintings and prints. They cover the peace celebrations in London and around the country as well as the experience of English visitors to Paris. The Prince Regent hosted the Allied Sovereigns in London as 1814 also marked the hundredth anniversary of the Hanoverian Succession.

From Sir John Soane’s own collections one sees books and architectural drawings of Paris and his collection of Napoleonica which all in all provides an enjoyable glimpse into a rather special year. 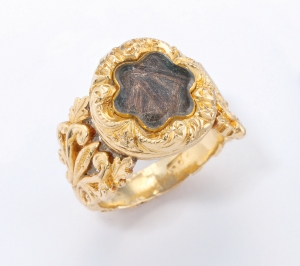 Napoleon Ring with a lock of the Emperor’s hair

There is also a chance to buy works inspired by the exhibition by contemporary artists.