Niko Luoma ‘TEMPORAL MATTER’, Atlas Gallery, 49 Dorset Street, W1, until 21st March 2015
Large-scale works by this celebrated Finnish photographer are to be found in this his first UK exhibition.  Although he first started creating his highly distinctive photographs in the late 90s the images on show date from between 2006 and 2014.

The photgraphs from the four series – Cronos, Motives, Symmetrium and Variations on a Standard of Space – are a fusion of Luoma’s own highly scientific approach and the working process of the analogue camera he uses which of course he cannot fully control. 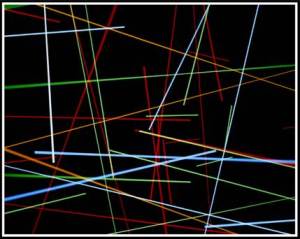 One Day In March, 2007, Niko Luoma
Courtesy of the Atlas Gallery

The concept of the use of linear light in the photographic process are a feature of both ‘Cronos’ and ‘Symmetrium’ and indeed you would be right to think of the American abstract expressionist works of the 1960s when viewing these series. 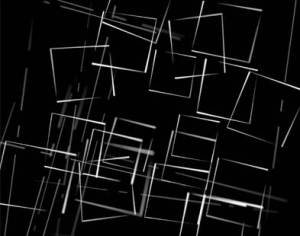 Art is the inspiration for the series Variation on a Standard of Space in that they are a reaction to Paul Cèzannes belief that, ‘all depiction of nature can be reduced to three solids: Cube, Sphere and Cone.’ 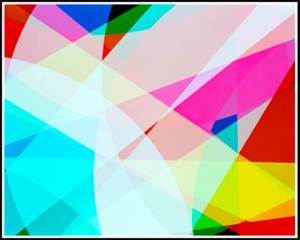 Luoma says “My work is about reduction and repetition, layering ideas of systems and chance. Ultimately my core interest lies not in the front of the camera but inside of it where the exposure becomes a content.” As I said to him at the private View – he does it very successfully.