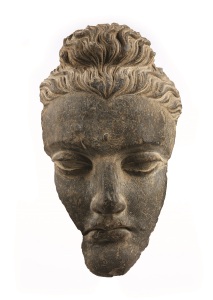 The independent dealer, Oliver Hoare, who specialises in Islamic Art, has put together a fascinating selling exhibition of more than two hundred and fifty pieces drawn from around the world over a time span of five thousand years. Their common denominator is that they are of interest historically and often have an interesting provenance. 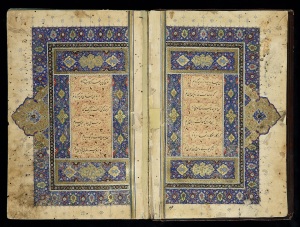 They range from a rare surviving Dodo bone to the 13th Dalai Lama’s Double Bass, via a 14th century Alchemist’s mortar, a 16th century anthology of poetry owned by Mughal Emperors and a very rare Eskimo’s baby blanket. A true pot-pourri of objects and pictures that will intrigue and delight visitors although some may find part of the collection of scrimshaw a bit explicit! 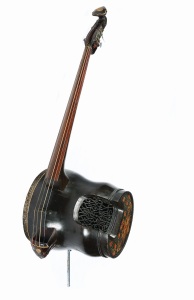 It is best summed up by Oliver Hoare: “The point of the exhibition, as its title announces, is to celebrate the fascinating and often peculiar stories attached to works of art. The criterion for what is presented has little to do with the value of objects and therefore it differs from the more conventional ‘Cabinets of Curiosities’. Nor does it necessarily reflect the current canon of what is seen as beautiful or culturally significant, although there are significant and beautiful works of art by anyone’s standards. The objects will be displayed like a private collection in the magnificent Robert Adam rooms at 33 Fitzroy Square, once home to the Omega Workshop. The catalogue is, hopefully, the work of a storyteller’s art, and I hope that anyone with an interest in history, art, or a good and unusual story, will come to visit and explore the exhibition”.