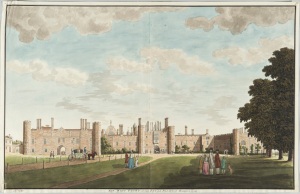 This is a fine exhibition which combines ‘Capability’ Brown’s role as gardener to King George III and Catherine the Great’s love of things English.  The sixty watercolours and drawings on show reveal the gardens of Hampton Court as they were when Brown was in charge of them but ironically he did not transform them out of respect to these who had created these Baroque-style gardens. 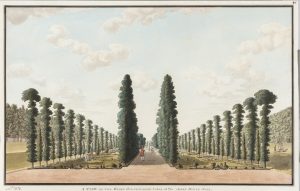 In Russia Catherine had created an ‘English palace’ and ‘English Park’ but lacked a gardener of Brown’s capabilities. However seeing an opportunity Brown’s assistant John Spyers sold two albums of his drawings which he had removed from Brown’s house at Hampton Court to the Empress for a thousand roubles. A huge amount for images that did not show any of Brown’s work and the drawings were lost in the Hermitage collections until their rediscovery in 2002.

Other items on show include portraits of Brown and the Empress, drawings of her English Palace and pieces from the famous Wedgwood Frog Service, made for the Empress, which depict some of the famous English landscapes Brown created. 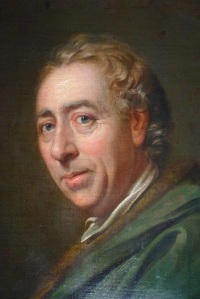