I am most grateful to John Kirkwood for visiting and writing about these two exhibitions on my behalf. 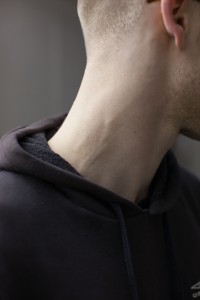 Wolfgang Tillmans (1968 – ) is one of the most exciting and innovative artists working today and this exhibition concentrates on his production across different media since 2003.

As well as some startling photography including landscapes, portraiture and still lives there is even a Playback Room where you may sit and enjoy music and another room where you can view the video installation Instrument 2015 which shows Tillmans dancing to a soundtrack made by manipulating the sound of his own footsteps, while in the Tanks Studio his slide projection Book for Architects 2014 is being shown for the first time in the UK.

A disparate and interesting show but a word of warning – don’t take your maiden aunt to see it! 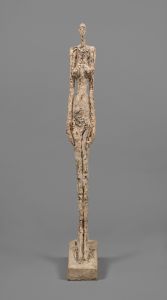 This is the first retrospective of Giacometti (1901 – 1966) for twenty years and takes us on a journey from his early more conventional works to his renowned elongated figures.  In the first room you are confronted by a very large group of conventionally sculpted faces staring at you which gently leads you on to the more recognisable Giacometti style.

It brings together over 250 works and includes plasters and drawings and a large number of these fragile plaster works which rarely travel are being shown for the first time in this exhibition including Giacometti’s celebrated Women of Venice 1956. Created for the Venice Biennale, this group of important works are brought together for the first time since their creation. 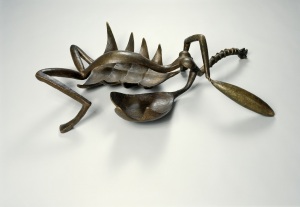 This exhibition reasserts Giacometti’s place alongside the likes of Matisse, Picasso and Degas as one of the great painter-sculptors of the 20th century and the exhibition is a great celebration of a unique vision.