The 2010 exhibition ‘Horace Walpole and Strawberry Hill’ at the V&A was a wonderful celebration of the house, the collection and the collector so now imagine just quite how special this new exhibition is. You can feel the house responding to having over one hundred and fifty of its treasures within its walls once more with some in their original position.

From the early 18th century Chinese tub in which Walpole’s cat Selima drowned accidentally to a clock that had belonged to Henry VIII and Ann Boleyn, it is a veritable pot-pourri of objects and pictures that fascinate and show the breadth of Walpole’s interests, many reflecting the historic style of the building.

Son of Sir Robert Walpole (Britain’s first Prime Minister), Horace created this first Gothick building with the help of friends. It was his summer home until he died in 1797 and eventually in 1842 there was a twenty-four day sale of its contents. Now YOU can see some of these original contents, back home until February of next year, in both the private rooms and the State rooms. By 1797 there were some four thousand pieces plus coins, drawings and prints in the collection

I am deliberately not illustrating any of the objects on show because I think it is so, so important that, if you can, you should see them in situ and thus hopefully get a sense of both Horace and his remarkable creation. I implore you to do so! You will regret it if you don’t. The stuff of dreams. Final entry one hour before closing

This book is a delight and has wide appeal for devotees of Robert Adam’s architecture and interiors and lovers of London. Written by Dr Frances Sands (Curator of Drawings and Books at Sir John Soane’s Museum) to mark the exhibition held earlier there at the turn of the year it is a very much stand-alone volume too.  The starting point is Richard Horwood’s map of London (1792-99) and through this each of Adam’s projects can be discovered. It takes us on a fascinating stroll through the areas of London, both north and south of the river, where Adam worked and reveals that some buildings and interiors survive albeit much altered but certainly more than I had expected while others totally lost. So whether in the comfort of an armchair or in hand while searching the streets where Adam worked it is very much a book to savour and enjoy.

It is totally appropriate that this exhibition should be held in the Serpentine Sackler Gallery because the firm of the late, celebrated architect Zaha Hadid (1950-2016) was involved in the renovation and extension of the gallery space.  These early works by Hadid show how important drawing was in creating and depicting her designs and ideas.

Her words of 2007 sum up her approach: “I have always been interested in the concept of fragmentation and with ideas of abstraction and explosion, de-constructing ideas of repetitiveness and mass production. My work first engaged with the early Russian avant-garde; in particular with the work of Kasimir Malevich – he was an early influence for me as a representative of the modern avant-garde intersection between art and design. Malevich discovered abstraction as an experimental principle that can propel creative work to previously unheard levels of invention; this abstract work allowed much greater levels of creativity.”

The show is supported by Swarovski and one of their board members, Nadja Swarovski, sums up their involvement: “We are pleased to be supporting the Serpentine Galleries for this exhibition. Swarovski was honoured to collaborate with Zaha for over a decade, creating an incredible body of work which ranged from lighting installations to sculpture, jewellery and home decor. Her vision always pushed us outside our comfort zone, and the results were breathtaking. I feel extremely privileged to have known her both as a friend and as a creative collaborator.”

The doors of some of the beautiful great homes of the UK and Ireland are opened in this book which celebrates both their history and the lives of the present day occupiers.  It celebrates great houses such as Blenheim Palace, Broughton Castle, Haddon Hall and smaller ones such as the Old Vicarage in Edensor which was the final home of the late Dowager Duchess of Devonshire.  We even visit the late 3rd Baron Glenconner’s homes on Mustique and St. Lucia and the Earl of Durham in Tuscany. The book is beautifully illustrated with some interiors revealed for the first time.  An absolute must have for those interested in history, interior design and people.

This is a book for anyone who loves London as it takes us into sixty buildings and places which we may recognise but are probably ones that we may not have visited so far. Dazeley’s photography reveals the interiors of these intriguing spaces while Daley’s text gives the history and feel of the place.  A great combination and thanks to this book I now have many places to visit in the coming months and years which I feel sure I will want to return to.

The book’s sections are Historical Homes, Food and Drink, Palaces of Entertainment, Places of Worship, Remarkable Shops, Science and Education, Inns of Court and Unusual Museums.  What more could you ask for?

I thought I would share this press release with you:

This special Craftsmen Day gives visitors an opportunity to meet conservators, decorators and designers employed during one of the most remarkable restoration projects of the last century.

On site to explain and demonstrate the techniques and materials will be:

This year marks the the 300th anniversary of the birth of the truly great English gardener Lancelot ‘Capability’ Brown and it is being marked by many events in the wonderful landscapes he created for his patrons around the country. It is fitting for me to begin my occasional coverage with Compton Verney where an important restoration project is taking place, thanks to a £2.5 million Heritage Lottery Fund Grant. 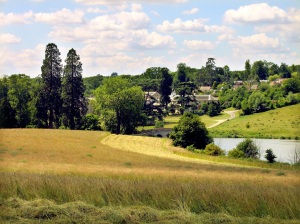 Brown would say to prospective clients when viewing their estates that the place had “capabilities” – thus earning his soubriquet.  By moving hills, damming rivers to create lakes, and planting trees he literally remade the gardens into what is now celebrated as the quintessential idyllic English landscape. Among the features Brown introduced at Compton Verney were the ice house and a new chapel to replace the old one he had pulled down as it spoilt the view. 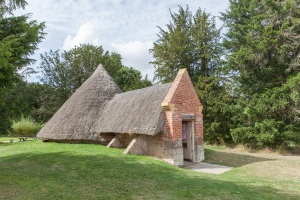 12 Apr 2016 — Very unfortunately, following an extremely well-argued case for refusal by Cllr Caplan, Councillors Davis, Mitchell and Burbridge decided to disregard WCC’s own policy on the basis that, supposedly, the scheme delivers more significant benefits than it causes harm.

Their arguments were less than persuasive and disingenuous to say the least, but there was clearly a desire to gloss over principles and truths about this scheme in order to wave it through.

It is a dark hour for Westminster and for London, in terms of its built environment, its legacy to future generations, and its democratic decision-making process.

The Skyline Campaign and other opposition groups are considering their next moves.

Thank you all for your great support. We were told that the Council had never before received such a high number of objections for a planning application!

I am sure many Londoners, especially Westminster residents, will be very disappointed in this decision by WCC (Westminster City Council).

Another WCC planning decision that has caused controversy can be found on the website of the Victorian Society (http://www.victoriansociety.org.uk/news/damaging-scheme-for-londons-first-great-department-store-approved/).  Here is a brief extract but please do visit their website:

These are worrying decisions by WCC who have charge of such an historic area of London.  One can understand why there is such concern from residents and others working in the area at such planning choices. Perhaps time for WCC to listen?? 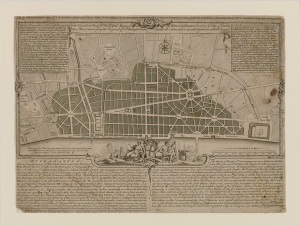 This is an engaging study of how architects and designers have looked at bringing a new harmony and way forward after catastrophic disasters, natural or man-made, to existing cities and communities over the centuries.  Appropriately it starts with the plans to rebuild London after the Great Fire of 1666 and then via 18th century Lisbon and 19th century Chicago to the 20th and 21st centuries in Japan, Macedonia, Chile, Pakistan, Nigeria, Nepal and the USA.

What is remarkable is how the communities that survive such catastrophes come together to build a new and hopefully more stable future life.