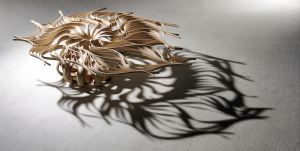 From the moment you arrive at the BADA Fair you know that you have come to a place which will inspire and tempt you to buy pieces for your home or collection – things which you can live with and enjoy and understand why you acquired them. 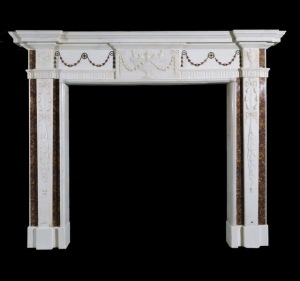 The noted firm of Mallett’s are exhibiting there for the first time and as always provide an interesting selection to choose from. 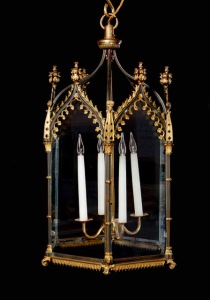 A lantern in parcel-gilt bronze in the Gothic style.
Courtesy of Mallett

It’s hard to believe that this is the twenty-fifth BADA Fair and one feature that has always drawn interest and appreciation is the Loan Exhibition and this year’s is no exception. Entitled Samuel Prout: A Grand Tour in Watercolour it celebrates the life and work of Samuel Prout (1783-1852) from his simple beginnings to achieving the status of being ‘Painter in Water-Colours in Ordinary’ to both King George IV and Queen Victoria. His highly detailed works revealed the cities and towns of Europe to his wealthy compatriots who were once again able to do a ‘Grand Tour’ following the defeat of Napoleon. One can quite understand why his views of Venice are so popular. The exhibition has some thirty works drawn from both private and public collections and has been organised by John Spink of John Spink Fine Watercolours. 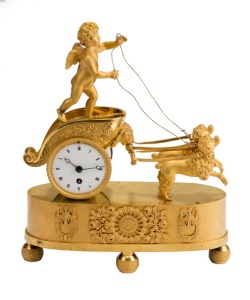 I always enjoy both writing about and visiting this fair as it makes a great way of starting a new year.  There is a tempting mixture of paintings, watercolours, silver, jewellery, sculpture, clocks and watches, glass, ceramics, rugs and 20th century design to be seen and purchased. 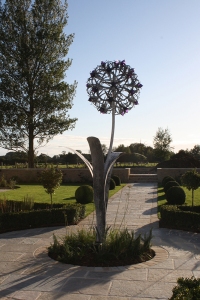 This year the fair will also be showing the skills and works of craft scholars from QEST (The Queen Elizabeth Scholarship Trust). So you may well be digging deep into your pockets! 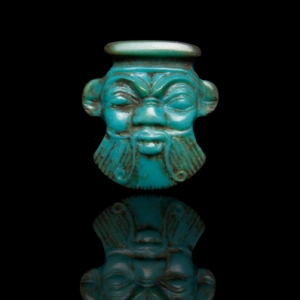 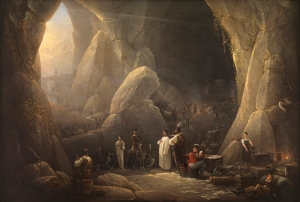 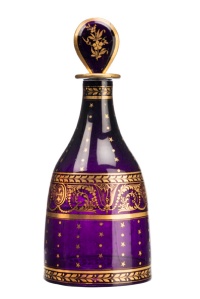 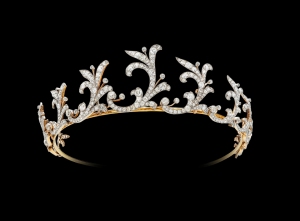 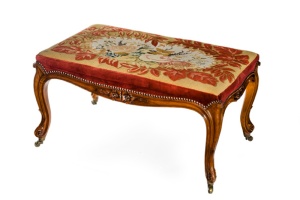 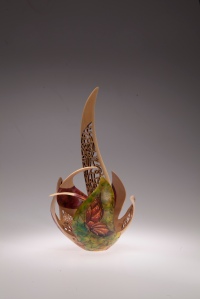 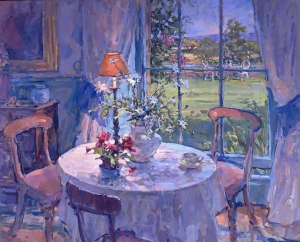 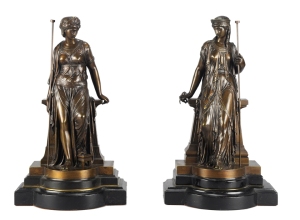 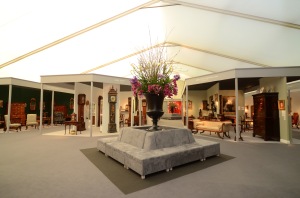 All dealers showing at this prestigious Fair are members of the British Antique Dealers’ Association (BADA) which represents the country’s leading dealers.  The Fair provides a mixture of period and contemporary items of great quality and beauty.

Each year there is always a special loan exhibition.  This year a rather special collection of fifty miniatures are being shown in In Love and War: The Story of the Military Miniature Portrait. Numbered among them is this c.1787 portrait. The sitter that has recently been identified as depicting the future Duke of Wellington aged 19 and it is the earliest known image of him. 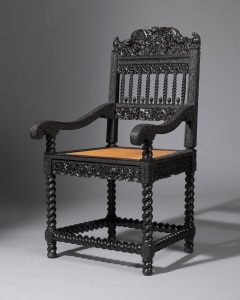 This fine and rare late 17th century ebony armchair was made in either South India or Ceylon and was originally at Longleat House, Wiltshire.  It is shown by Harris Lindsay. 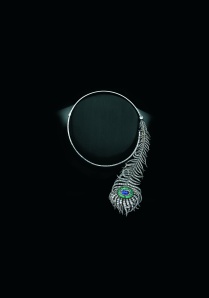 It is believed that this scintillating peacock feather necklace, on Sandra Cronan’s stand, was made for and purchased by the Grand Duke Alexis from the Parisian firm of Boucheron in 1883 at a cost of 14,000 francs.  The feather is detachable and can be worn as either a hair ornament or as a brooch. 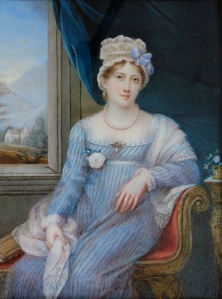 Ellison Fine Art is showing this beautiful but moving miniature of the Prince Regent’s daughter, Princess Charlotte during her pregnancy, she sadly died in childbirth in November 1817.  It is signed ‘Charlotte Jones Pinxit Miniature Painter to Her Late Royal Highness The Princess Charlotte of Wales’ indicating that it was completed after the Princesses’ untimely death. 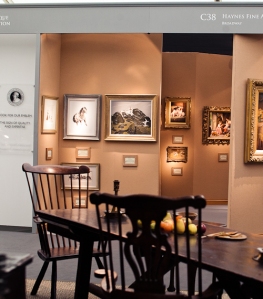 The above just gives a taste of what you may find at this show which is always a delight to visit.

ALL IMAGES ARE COPYRIGHT