Published by GILES in association with The Frick Collection, New York 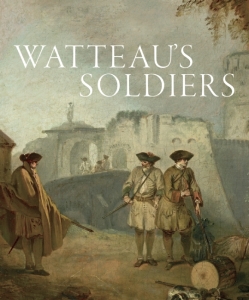 France’s involvement in the War of the Spanish Succession (1701-14) unwittingly provided Watteau (1684-1721) with an opportunity to produce a little-known body of work depicting military subjects. As one might expect the military glories of battles or the generals and kings involved were not the subject matter Watteau chose as he preferred the more run-of-the mill scenes of marches, encampments and bivouacs and showing soldiers at rest and play.

Antoine Watteau was a master draughtsman and the book reveals this through the images of the beautiful chalk drawings as well as finished paintings.  Watteau would take a figure from a drawing and with almost the idea of the ‘cut and paste’ technique use it in the composition of a painting as author Aaron Wile explains.

This book is a delightful and erudite composition which is easily accessible to all but is combined with a catalogue raisonné of Watteau’s military works, including drawings now only known from prints.

While the book was published in conjunction with the exhibition Watteau’s Soldiers: Scenes of Military Life in Eighteenth-Century France, at The Frick Collection, until 2ndOctober 2016, it will have a very long shelf life and be much read and sought after by all interested in the arts of early 18th century France.

These are unsettling images for the viewer who looks upon the artist’s meticulously painted landscapes does not feel part of them but rather as if they are drifting away into unknown space and time but the “cool” edginess of the works makes one want to linger and focus as long as we can before they disappear from view. 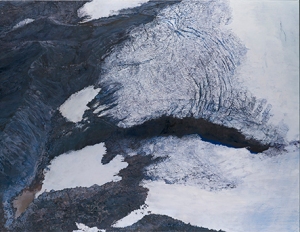 One could certainly think that this is a reflection of our world today and I am sure that thought may not be one we want to dwell on too long.

It was quite right that this challenging new book should have been promoted at Marlborough Fine Art because artist Thérèse Oulton is the subject of the last chapter. 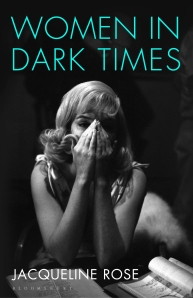 It is partly political, partly psychoanalytic and a partly personal view of a new template for feminism. From the last century Rose looks at Rosa Luxemburg (revolutionary), Charlotte Salomon (artist) and Marilyn Monroe, with figures from this century Shafilea Ahmed, Fadime Sahindal and Heshu Yones (honour killing) and three contemporary artists – Esther Shalev-Gerz, Yael Bartana and Thérèse Oulton who represent feminism of our time. By looking at the dark times in their lives she offers a new path.

It is, as Helena Kennedy QC says, ‘a clarion call for us all, men and women, to be bolder and brasher in our advocacy for change but also more willing to embrace our own contradictions’