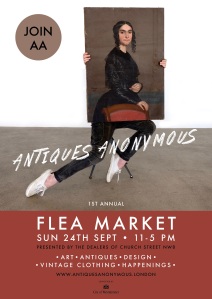 In times of change in the world of Art & Antiques around the capital – Portobello Road, Spitalfields, Burlington Arcade and Grays – it is a positive delight to be able to tell you about this new venture in the Antique quarter of Church Street, NW8.

Coinciding with the last day of the London Design Festival this inaugural Flea Market will feature more than fifty dealers from NW8 and around and should prove to be a fruitful place to shop wherever your interests lie. 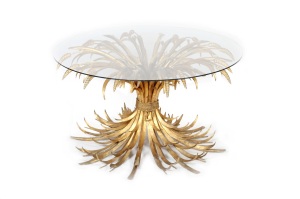 It highlights the long role of Alfies Antique Market in forming a hub which has attracted many other dealers to open up in what is a ‘must’ destination of those attracted by things vintage and contemporary. One can quite understand why eighty dealers in the area have come together to form Antiques Anonymous.

As well as being sponsored by Alfies, Westminster City Council are also supporting it. Their spokesperson said: : “We are pleased to be working with Antiques Anonymous, to bring this Antiques, Art and Design Flea market to Church Street NW8. There has already been a great deal of interest in this first event, and I’d encourage people to visit this diverse and vibrant part of London to give it their support so that it can become a regular event on the London event calendar.”

PS: Street Food will be available too – so no excuse not to take your time and spend lots on things for your home! 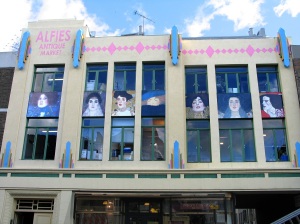 Once again Mayfair’s Berkeley Square plays host to the LAPADA Fair – can you believe it’s their ninth year there, time really does go by quickly?

Among the 110 plus participants at the fair bringing a tempting mixture of art and antiques from all periods is Mackinnon Fine Furniture and I thought you would be interested to see this pair of George II chairs known as the Newhailes House Armchairs which they are showing at the Fair. Dating from c1750-55 their mahogany frames are beautifully carved and pierced and have Chinoiserie stretchers. They are upholstered in their original signed Aubusson tapestry covers. 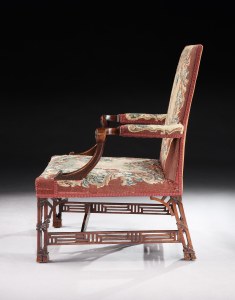 The chairs, originally a set of four, were acquired by the first Lord Hailes at a sale of the contents of his aunt’s house in Greek Street and remained at Newhailes House until c1928. They were in various American collections, including the Walter P Chrysler Collection.

Slightly earlier in date are these very important George II mahogany armchairs of c1745 which come from Warwick Castle and were part of suite acquired in the 18th century for the castle and where some can still be seen in the Cedar Drawing Room. They are upholstered in early 18th century Genoese silk velvet. 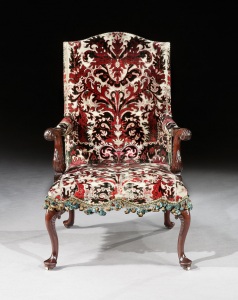 Whoever buys these chairs is going to be very lucky and have many years pleasure in owning them.

Inspired by the Dutch artist Jacob de Gheyn II (1565–1629) Rob and Nick Carter have used modern technology to create this grove of nine patinated bronze tree stumps. They celebrate the ever-popular oak tree and are designed to be used interactively by the public for relaxation and contemplation. They can be found on the North Flower Walk in Kensington Gardens until 30th September.  The Marlborough Gate is the best entrance to use. 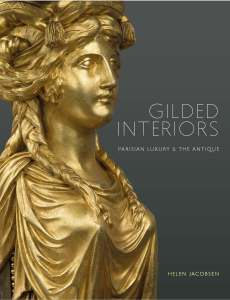 This book is far more than just a souvenir of the recent seriously good exhibition at The Wallace Collection which focused on their gilt-bronze as it includes even more of the wonderful bronzes d’ameublement that are an important part of The Wallace’s justly famous collections of French eighteenth-century art.

Dr Jacobsen introduces us to the late 18th century Parisian interiors and the taste for the Antique setting the stage for these superbly designed and executed objects.  You will find clocks, firedogs, candelabra, mounted porcelain and even tables – which are then individually discussed in detail. It is beautifully illustrated with a combination of new photography and copies of original designs and proposals for both objects and interiors.  The book is a great celebration of 18th century connoisseurship and taste revealing the world of figures such as Marie Antoinette and the comte d’Artois and their circles. It is an absolute must for all interested in the interiors and the ‘douceur de vivre’ of the Ancien Régime.

A Royal Cabinet for Prince Albert Edward by Holland & Sons, Circa 1865

Butchoff have exhibited regularly at the Fair and this year their stand evokes the feel and flavour of an interior in a 19th century chateau. It is the perfect backdrop for their choice selection of 19th century English and Continental furniture and objects. Many are signed by their makers or have an interesting provenance. 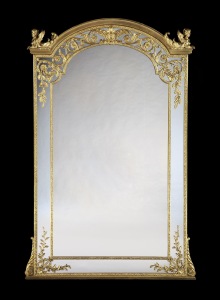 Ian Butchoff sums it up: “We are proud to be one of the original exhibitors at Masterpiece, and as always will bring a range of statement pieces appealing to the diverse, international crowd at the fair.”

Pair of Urns Signed by Ferdinand Barbedienne, Circa 1880

Pangolin London has built up a strong reputation for it promotion of Modern British and contemporary sculptors and their estates through its exhibition programme. Their affiliation with the well-known sculpture foundry Pangolin Editions allows them to provide a welcome opportunity to commission, make and install new sculptures. 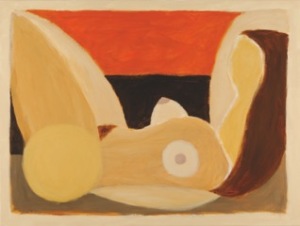 At the fair you will discover previously unseen works as well as sculptural jewellery.

Since its inception this fair has grown into one of the most must-visit events of the art and antiques year. Some thirty-seven thousand visitors last year! It attracts museum directors and private collectors from all over the world to see the artworks shown by a hundred and fifty international dealers. The artworks range from antiquity to the present time. The Royal Bank of Canada is once again the principal sponsor

This year the new MASTERPIECE PRESENTS will reveal a large-scale dedicated exhibition space at the entrance which has been transformed by a special artwork – Impenetrable Room, 2017. Created by the Chilean artist Iván Navarro it has been commissioned by the New York-based Paul Kasmin Gallery who are new exhibitors.

Over the coming days I look forward to sharing blogs on some of the leading dealers taking part.

Lady Henrietta Spencer-Churchill who will be speaking at The Art & Antiques Fair on ‘Incorporating Antiques in Design’ on Thursday 29 June at 12.30-13.30.

This is this fair’s forty-fifth year and as ever potentially offers much to its visitors. There is no doubt that change is inevitable and that emphasis and focus changes as one generation of collectors is succeeded by another. Styles of living change and what may have been our ideal does not necessarily resonate with our children and grandchildren.

It is therefore probably a sound idea to launch an Interior Design Talk Series at this year’s fair. The speakers include Henrietta Spencer Churchill, Douglas Mackie, Christopher Vane Percy, April Russel, Emma Burns from Sibyl Colefax and John Fowler, Susie Rumbold and Caroline de Cabarrus from Hotspur Design and the wide-ranging topics covered include Incorporating Antiques in Design and how to Decorate your House in a Day.

The fair’s director Mary Claire Boyd said, ‘We are excited about our new Interior Design Talk Series. There is a strong demand for advice from experts on how to incorporate art and antiques into interiors and previous designer talks have been very well attended. We are taking it to the next level this year by hosting top designers throughout the run of the fair.’ Perfect for inspiration to go out into the fair afterwards and buy!

It is also interesting to note that the number of picture dealers attending this year’s fair will be double that of last year’s. This increase is made up by new and some returning former exhibitors. The Chicago-based show, Sculptural Objects Functional Art and Design Fair (SOFA) who first showed three-dimensional contemporary art and design last year also returns.

As these changes evolve over the Fairs I wish this Olympia Fair a fair wind in its voyage to different waters. 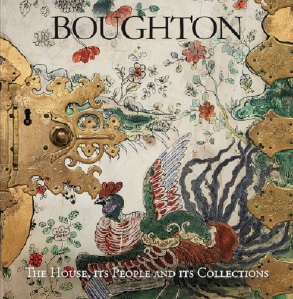 The House, its People and its Collections

By Richard, Duke of Buccleuch and Queensberry

The House, its People and its Paintings

Introduced by Richard, Duke of Buccleuch and Queensberry

The Castle, its People and its Paintings

By Richard, Duke of Buccleuch and Queensberry

These three guidebooks are much more than just that as they provide a fascinating introduction to the houses and collections of the incumbent Dukes.  You will encounter Rembrandt, Canaletto, Van Dyck and El Greco, as well as family portraits by Gainsborough, Reynolds and Ramsay, There are miniatures, French and English furniture, Sèvres made for Louis XV, items commemorating Sir Walter Scott and the Duke of Monmouth, silver and a huge variety of textiles and rugs. It is an extensive and engaging collection in three very different houses, two, Bowhill and Drumlanrig, are in Scotland and then Boughton in England which the late John Cornforth once described as ‘the English Versailles’.

These books are of serious appeal to anyone interested in the fine and decorative arts, architecture and historic interiors.

We probably all have a vision of what an 18th century French interior may look like – white and gold panelling, commodes, chairs, sumptuous fabrics, tapestries or paintings, and gilded objects such as clocks or candelabra. The latter are probably the items we pay least attention too but you most certainly won’t after visiting this SUPERB exhibition. 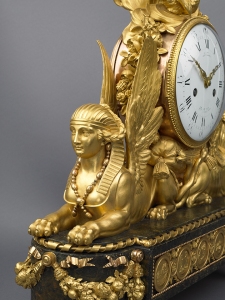 We are able to study these objects closely and see the great attention to detail and the exquisite chasing and gilding techniques used. Two of the items on show belonged to Marie Antoinette. The comte d’Artois, the duc d’Aumont and the Prince Regent are other important patrons and clients from the 18th century whom you will discover. Only one of the wondrous pieces does not come from the Wallace Collection and that is a pair of firedogs bought by the future George IV.  They are included because they are the same model as a pair owned by the 4th Marquess of Hertford in his Paris home*. 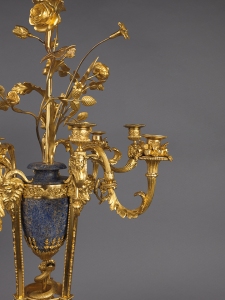 These gilded wonders, which were such an important and integral part of the homes of the great and wealthy 18th century patrons, are the creation of artists such as Pierre Gouthière, François Rémond and Claude Pition and are important examples of 18th century French taste and stunning works of art in their own right.

The exhibition is curated by Dr Helen Jacobsen, Senior Curator and Curator of French Eighteenth-century Decorative Arts at the Wallace Collection who has also written a book on this aspect of the Collection which I shall return to later.  She has also borrowed 18th century drawings from the Bibliothèque Municipale in Besançon which are by the noted architect and designer of interiors Pierre-Adrien Pâris and they reveal how Ancient Rome was a source of inspiration while others show how that inspiration was enacted upon.

I have now visited the exhibition three times but will return again and again because each time you see new details and appreciate even more the perfection of 18th century French decorative arts.

* This was not part of Sir Richard Wallace’s bequest and they are now in the Philadelphia Museum of Art.