The inspiration for this exhibition that combines digital art, fashion and animal specimens is Walter, 2nd Lord Rothschild and nephew of Waddesdon’s builder Ferdinand. Walter who lived at Tring Park. He was fascinated by natural sciences – birds, butterflies and giant tortoises. He even had zebras trained to draw his carriage. He was held in esteem and many species – creatures and plants – were named after him and known as ‘Rothschildi’.

Fourteen Rothschild species – birds, butterflies and insects – have been the inspiration for the Greek artist Platon H’s digital collages which use their abstract natural patterns while the noted fashion designer Mary Katrantzou has created three couture gowns that celebrate the beauty of their nature. Combine this with specimens from the Natural History Museum at Tring, originally founded by Walter and opened in 1892 and it is an exhibition of wide appeal and imagination! 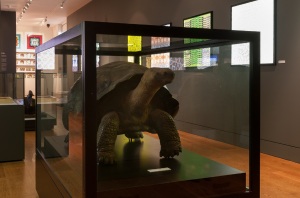 This is Bernard’s first solo show for three years. He has a distinctive, original style in which he uses mixed media –watercolour, oil and a collage of cut printed paper. The result is a rich mixture of light, texture and the semi-abstract which combine together bring a great sense of place. It is no wonder that other artists copy his techniques. 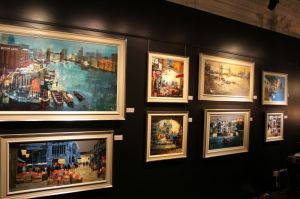