Thomas Chippendale 1718-1779: A Celebration of British Craftsmanship and Design

Catalogue of the Tercentenary Exhibition

This highly readable catalogue is a very welcome addition to the telling of the story of Thomas Chippendale and his enduring legacy. Through it one learns of his life and career, the various styles he used, his customers and his relationship with them and most importantly of all we see examples of the furniture he produced – chairs, chests, tables, stools, beds, picture frames, cornices and lanterns, even coffin furniture. Through the publishing of a pattern book – The Gentleman and Cabinet-Maker’s Director – in 1754 which depicted ‘Elegant and Useful Designs of Household Furniture in the Gothic, Chinese and Modern Taste’ he attracted the interest of possible commissions among the wealthy and indeed it was an immediate success and was re-published the following year. A third edition with extra plates showing neo-classical designs was published in 1762.

The publication of these volumes meant that good examples of furniture could be made by other craftsmen closely following Chippendale’s designs and that is why it has become the norm for firm attributions to Chippendale’s workshop to be backed-up by some sort of documentary evidence such as bills. 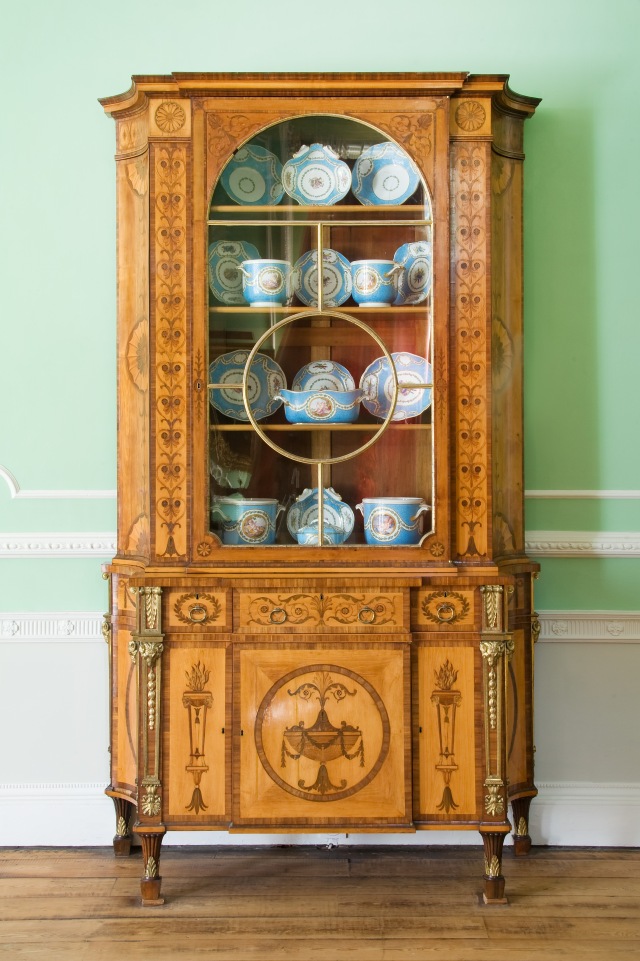 Cabinet, c1773 (one of a pair) which may well have been made to display the Sevres service visible inside. Probably Melbourne House, London

His designs are so enduringly popular that they are being copied or evoked right up to the present day such as, for example, the bookcase produced in c.2000 by Arthur Brett (Norwich) whose design is based on a Chippendale one at Wilton House – on which location a little more later.