Following the success of last year’s exhibition I must say that it comes as no surprise to me that Jenna Burlingham Fine Art has once again been asked to show works of Modern British Artists at the world renowned interior decorators Sibyl Colefax & John Fowler. 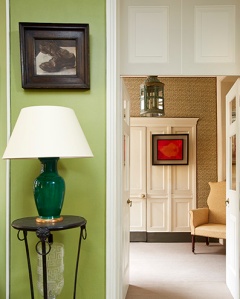 As Jenna explains “The exhibition is a wonderful chance for me to work with accomplished interior designers, and to exhibit carefully chosen Modern British and Contemporary art, drawings, sculpture and ceramics in the unrivalled setting of Brook Street”. Works by Ivon Hitchens, Patrick Heron, Roger Hilton, Elisabeth Frink, Winifred Nicholson, Mary Fedden and John Piper will be on view.

Sibyl Colefax & John Fowler’s design director Philip Hooper adds “Jenna’s eye for the decorative means that her works are the ideal foil for our antiques. A Room with a View: Art and the Interior gives a true insight of how we consistently find ourselves decorating houses for the 21st century.”

In some ways it has always struck me as slightly odd when people say that you cannot mix old with new or new with old for surely that is what families have always done over the years especially in country houses?

Hence I am delighted that this fabulous firm of interior decorators are holding a very special exhibition which should inspire many of you to think again. Working with Jenna Burlingham Fine Art they will combine their antiques and furnishings with her Contemporary and Modern British artists such as Ivon Hitchens, Roger Hilton, Elisabeth Frink, Mary Fedden and John Piper. A marriage made in heaven! 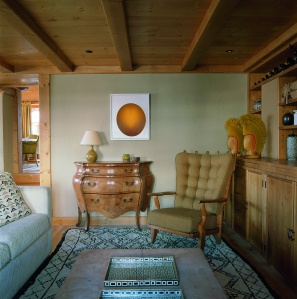 Sibyl Colefax & John Fowler’s design director, Philip Hooper sums it up perfectly: “At Sibyl Colefax & John Fowler the decorators and designers like very much the dynamic that is created when furniture and objects from different eras are played off against one another; this is best seen when modern pictures are placed within our interiors. It is becoming more and more the excepted standard that a client will have a collection of 20th century, contemporary paintings and crafted objects and it is part of our role to curate and bring a sense of logic to a potentially random mix of things.

At our Brook Street showrooms we once again have the opportunity to show how this works in reality, and by taking the painting out of Jenna Burlingham’s gallery and into our historic rooms you can see how exciting this style of decoration can be.”